LST Scuttlebutt: The Magazine of the Association

LST Scuttlebutt is the official newsletter

It is published quarterly by our Editor in Chief, Zach Morris 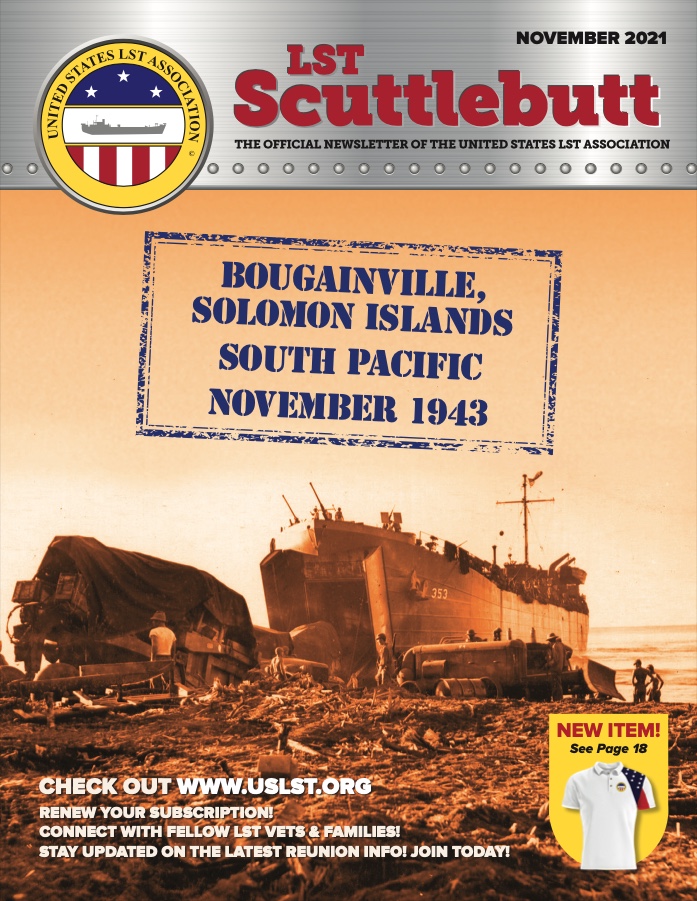 My grandfather, who passed away in 2011, was a sailor in the Amphibious Forces aboard a Landing Craft, Infantry (LCI) in World War II.  It is because of him that I'm in this position today.  Through my involvement with several WWII associations, I've had the pleasure of meeting countless Navy "Old Salts" from the Greatest Generation.  One of the things that stand out most about the veterans that I've met and interviewed is that they were all enormously proud to be veterans of this great country during some of its darkest hours.

Most of you were just teenage boys when you became sailors who fought tyranny and fascism aboard those "Large Slow Targets"--the first of their kind.  The winds of war carried you aboard the LST, the largest ship in the greatest naval amphibious force this world has ever seen.  You helped liberate the oppressed by invading distant enemy shores to deliver troops, casualties, tanks, and critically needed supplies across the vast unknown oceans.  Your behemoth steel chariots were perhaps the most important beaching ship in achieving Allied victory in World War II.  You dared to disembark on hostile beaches savagely held by Nazi Germany, Fascist Italy, Vichy France and Imperial Japan.  You survived the Luftwaffe and kamikaze pilots; the Wolf Packs and suicide swimmers; the Third Reich and the Rising Sun. As a Millennial, I have the highest respect and admiration for all that your generation accomplished.

I have a deep appreciation for all of the men who served aboard LSTs in World War II, Korea, and Vietnam.

I am honored to be the editor of your newsletter.